We study how eukaryotic cell biology is shaped by protein phosphorylation and ubiquitylation. Driven by our curiosity and passion to understand living creatures, our work aims to change lives by helping to cure human disease. With support from the MRC and a range of charities, we collaborate with leading research centres around the world. We also work with clinicians and pharmaceutical companies to translate our discoveries into medical progress.

The MRC PPU is a world class research institute, in which our researchers make use of cutting-edge technology and biochemistry to study cellular and molecular mechanisms that underpin a number of diseases such as neurological disorders, cancer and hypertension. The unit receives core funding from the Medical Research Council, allowing us to tackle major long-term questions, with a focus on the regulation of eukaryotic cell biology and human disease by protein phosphorylation and ubiquitylation. The MRC PPU operates as a focal point between leading life scientists, pharmaceutical companies and clinicians. Our aim is to make a critical contribution to biomedical research, leading to a deeper understanding of diseases and how to treat them.

The unit was founded by Philip Cohen in 1990 as the MRC Protein Phosphorylation Unit. With support from the Scottish government, Philip then established the Scottish Institute of Life Sciences alongside the MRC PPU in 2008, to study the mechanisms of protein ubiquitylation and sumoylation and their roles in biology and disease. In 2012, the MRC PPU expanded its remit to reflect the growing importance of protein ubiquitylation, absorbing the SCILLS research groups and thus becoming the MRC Protein Phosphorylation and Ubiquitylation Unit (still MRC PPU), under the new directorship of Dario Alessi 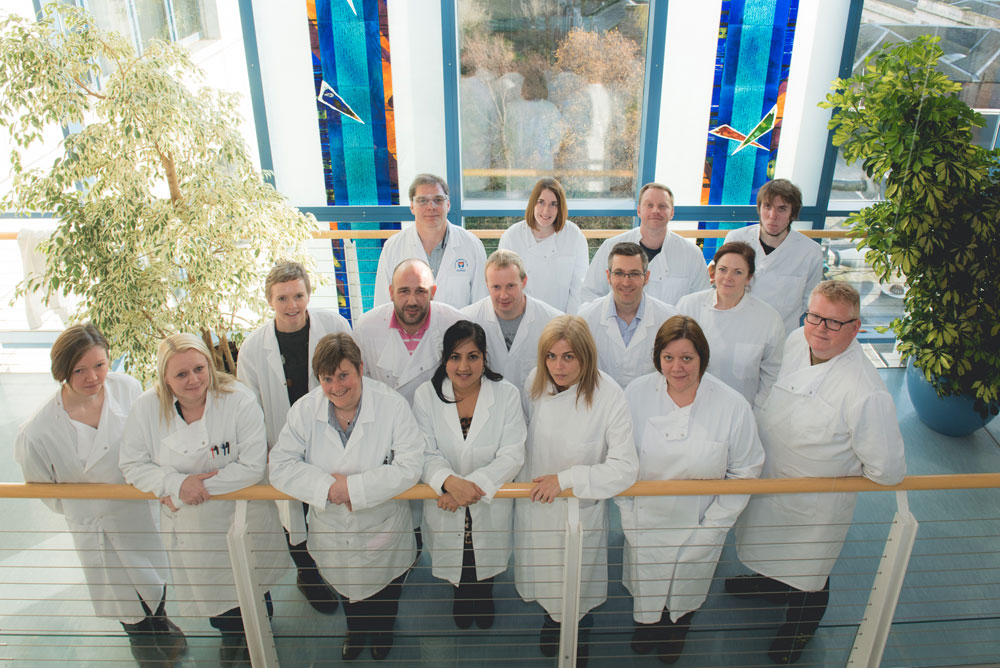 Dub Profiling
We have developed a sensitive and fast assay to quantify in vitro DUB enzyme activity using matrix-assisted laser desorption/ionization time-of-flight (MALDI-TOF) mass spectrometry.
Kinase Screening
The MRC Protein Phosphorylation and Ubiquitylation Unit at The University of Dundee pioneered analysis of the selectivity of protein kinase inhibitors by setting up the first service to tackle this problem in 1998.
DNA Sequencing
Established in 1998, we are a core DNA sequencing and fragment analysis facility based within the Medical Research Council Protein Phosphorylation and Ubiquitylation Unit (MRC PPU) in Dundee, Scotland.
Custom Cloning
Let us take care of your routine cloning allowing you to focus on your research. We will work with you to clone your gene of interest into your vector of choice. Our highly qualified cloners have years of experience and are committed to providing the best service possible.
Custom Protein Production
Generation and purification of recombinant proteins is a critical tool in the biochemical toolbox.  Follow-on studies examining the activity of an enzyme are heavily reliant on the integrity of the resultant product.
Custom Antibody Production
Assessment of a protein of interest in biological systems is key to the work of biochemists and cell biologists the world over.  At the MRC PPU, we are no stranger to the critical need for reliable and sensitive antibody tools.